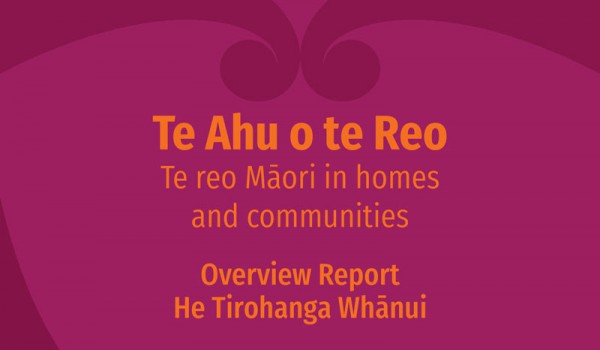 New research provides a detailed insight into the revitalisation of te reo Māori in several communities.

The New Zealand Council for Educational Research study commissioned by Te Taura Whiri i Te Reo Māori highlighted the fact that children are again using their language at home in some whānau in places where a 1970s study had shown effectively no intergenerational transmission of te reo Māori was occurring. These included communities in Christchurch, Taranaki, West and South Auckland communities.

The study found te reo Māori was being used in both formal and informal Māori settings. Even though many other areas were considered to be ‘English-speaking’ domains, Māori is being used in places like shops, supermarkets, petrol stations and cafes.

Researchers identified five elements that encouraged the use of Māori: being a fluent speaker; having people to talk to; making a conscious choice to use te reo; being in situations where speaking Māori is considered normal; and having confidence and motivation.

Key barriers are: having no one to talk to; limited proficiency; shyness or lack of confidence; and the expectations of others that English would be used.

The study proposes greater use of Māori in public signage, more promotion and encouragement to use te reo Māori, more use of language planning, and incentives to create Māori language domains.

It also proposes raising the status and increasing the use of te reo Māori by making it a core curriculum subject beginning in year one in 2020 until it is included in all levels from year one to year 13.

Ngahiwi Apanui says bilingualism is a significant educational advantage and strengthens our sense of national identity. “Māori language is for us all.  The intensive efforts for revitalisation in Māori communities are beginning to succeed. There is evidence of good levels of public support for doing more in schools and the public domain. Successful revitalisation will be demand-driven: as more people pass on, learn and use te reo Māori in more areas of life, more initiatives for revitalisation will appear. Our green shoots will become a forest”.