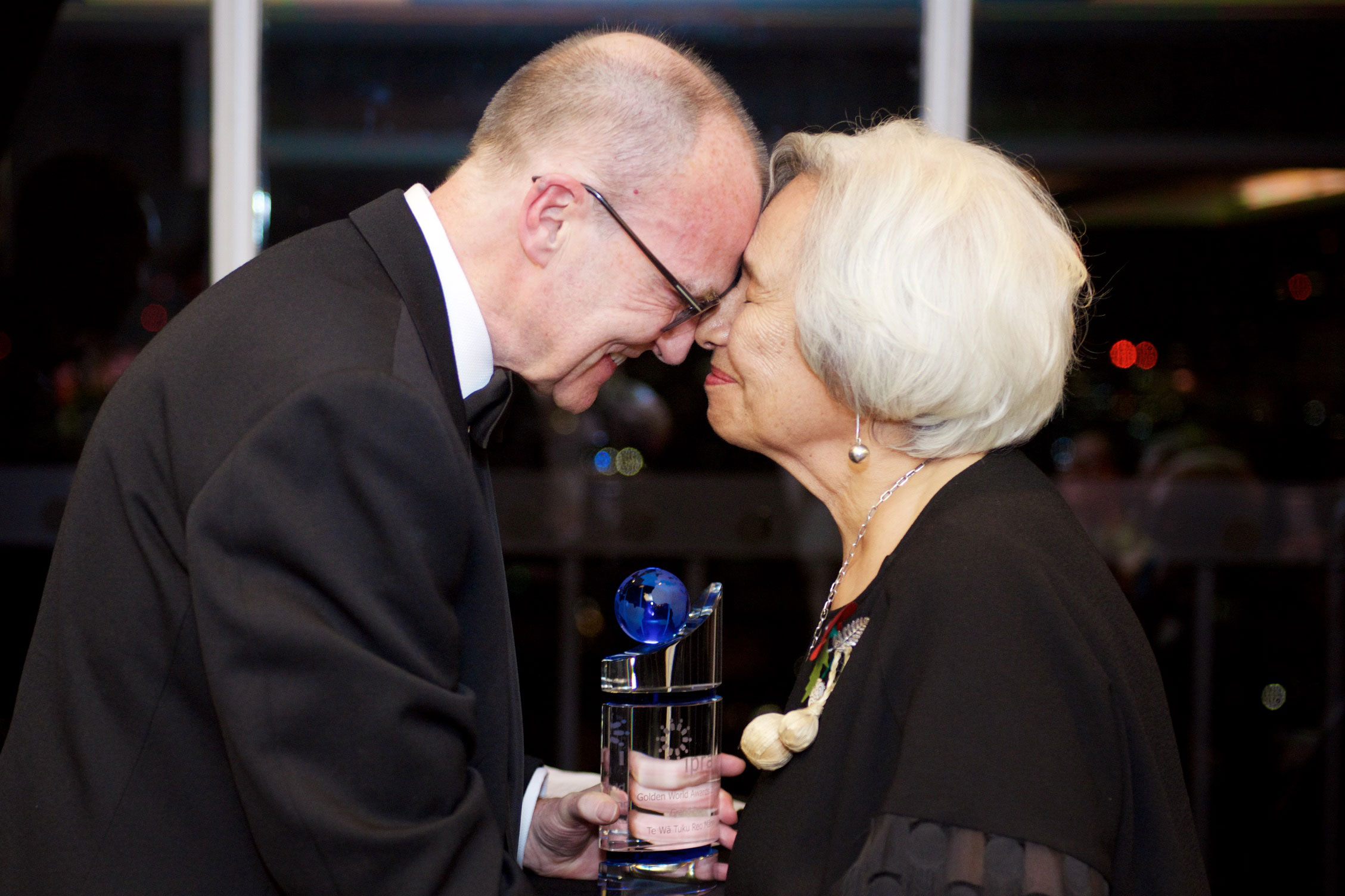 The Māori Language Commission’s Māori Language Moment | Te Wā Tuku Reo Māori has taken out the supreme award at the International Public Relations Association’s Golden World Awards for Excellence. The campaign saw 1 in 5 New Zealanders – more than 1 million people – celebrate te reo at the same time, marking the moment in 1972 when the Māori language petition was presented to parliament.

“Building bridges, increasing understanding and bringing people together is at the core of what we do as communicators and that is why Te Wā Tuku Reo Māori gathered so many votes. It struck a chord with so many of us,” said Nigel Chism, IPRA board member.

“In an increasingly globalised world, it is important to protect and reinvigorate local indigenous languages: they are the bridge that ties us back to our origins, our ancestors. It is both an anchor and a compass. It takes one generation to lose a language and three to get it back.”

The first time a New Zealand initiative has won the award, the commission’s entry competed alongside 360 campaigns, many designed by the world’s biggest advertising and public relations firms. The commission’s in-house team were supported by social campaign digital agency, Auckland-based, For Purpose.

With the awards dinner in Lithuania cancelled due to COVID, Ngāti Rānana founder and kuia, Esther Jessop ONZM, accepted the award on behalf of Te Taura Whiri at an event in London co-hosted by Ngāti Ranana and NZ High Commissioner to Great Britain, Bede Corry.

“I’m deeply honoured to accept this award on behalf of all New Zealanders. The Māori Language Moment was designed in a very Māori way. It looked back at the past by asking people to honour the moment in 1972 when the Māori language petition was presented to our parliament: calling on our language to be saved. It challenged those of us alive today, to do something together.  To make a difference. And it also looked ahead, with future generations in mind,” said Mrs Jessop.

“New Zealanders have proven that te reo brings us together. Tuitui tangata, tuitui korowai: bringing people together is like weaving a fine cloak and may our cloak continue to keep us connected for many years to come.

Commission staff gathered for breakfast in Wellington while linked via Zoom to the awards dinner in London. 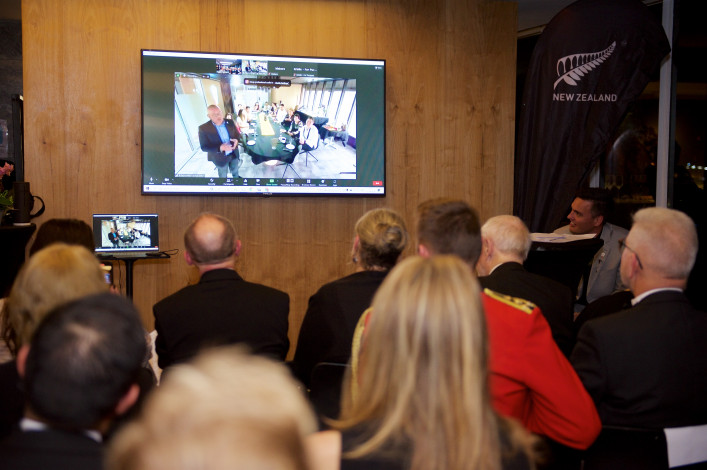 “We pay tribute to all those who have gone before. Those who were denied their language, those who fought for it and those who today, are continuing to fight for the survival of our reo,” said Māori Language Commissioner, Professor Rawinia Higgins.

“This is an award that all New Zealanders can take pride in. The judges recognised that even in a global pandemic, our people came together to remember the past struggles and to create something positive that future generations will benefit from. They were quite moved by our ability to unite even in the toughest times.”

It is the first time a New Zealand initiative has won the honour and unique in that the coveted prize is usually won by teams from major, global communications companies.

“We are truly humbled by this recognition. It is an honour to stand alongside some unforgettable communications initiatives from around the world,” said Ngahiwi Apanui, Chief Executive.

“Our team may be smaller than others, but we have Aotearoa behind us. When COVID-19 first hit we immediately began thinking about how we can continue to inspire and unite people safely.”

“We are indebted to the Ministry of Education, Māori Television, Te Māngai Pāho and Te Kawa Mataaho (the Public Service Commission) for their support and leadership.”

“It is fitting that our team finished writing our application while on total immersion, kura reo at Te Wānanga o Raukawa: one of many iwi-led institutions that have been crucial to the revitalisation of te reo.”

Professor Higgins was recently elected to the UN Global Taskforce for the Decade for Indigenous Languages that begins in 2022.

“We dedicate our win to all indigenous language champions: particularly those across our Moana Nui A Kiwa, Pacific region. As the world looks to COP-26 to safeguard our environment, we encourage the world to also look to the UN Decade for Indigenous Languages and to help safeguard our endangered languages.” 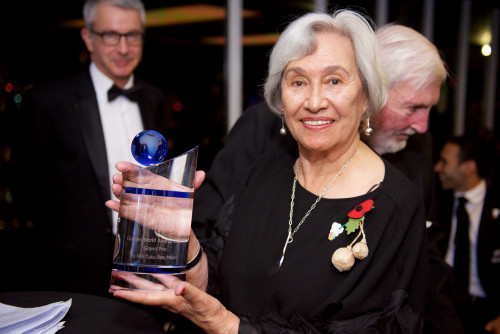