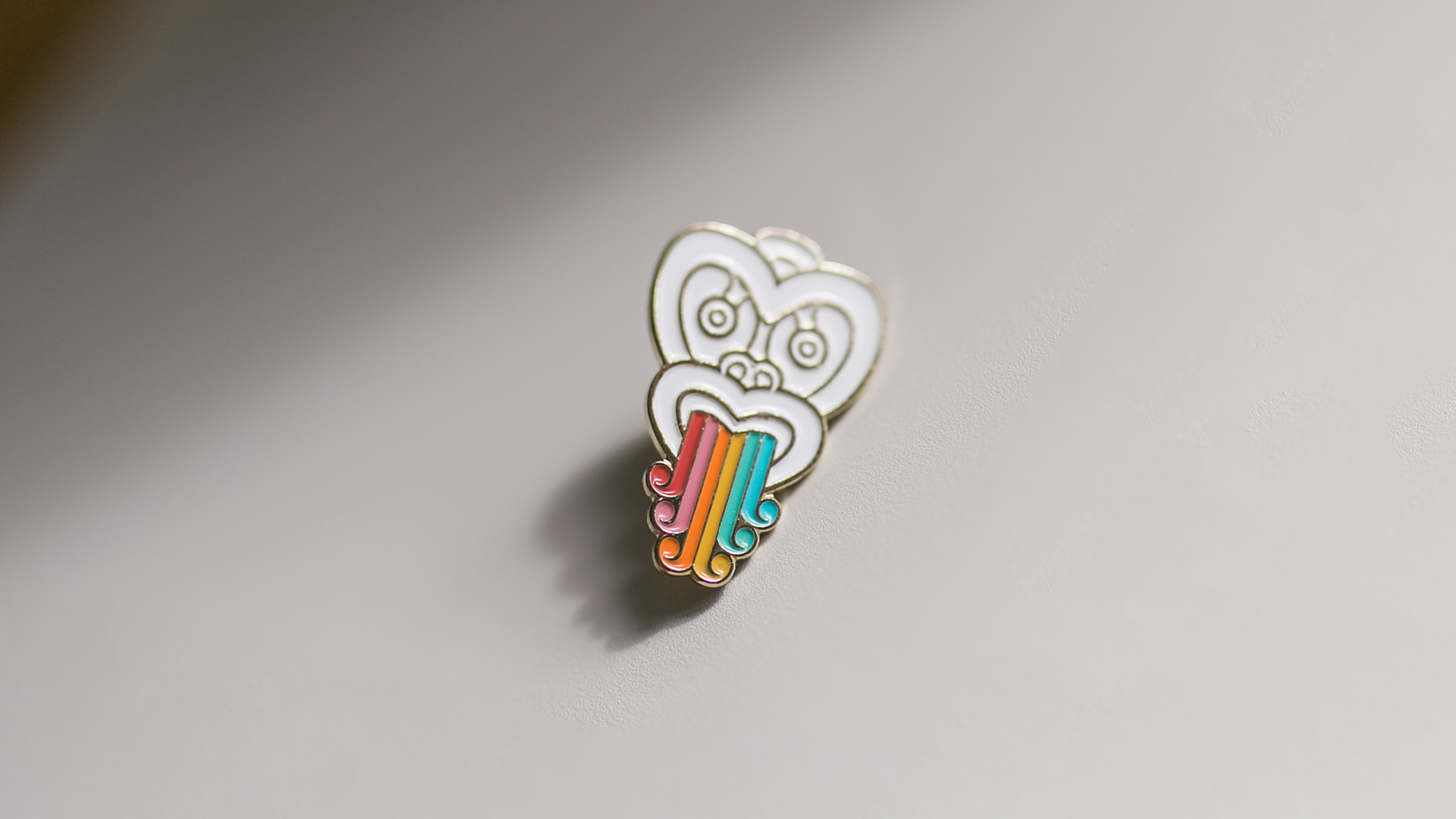 “We know thousands of people learning te reo find it hard to practise speaking outside of their classroom environment so this is a way for learners and supporters to find each other,” said Chief Executive, Ngahiwi Apanui.

“Whether you’re an absolute beginner or one of our language leaders: our #reomāori pins are for you.”

“Over the years we’ve been approached by retailers whose Māori-speaking staff wanted to let customers know that they could order things in te reo so our pins were also designed with them in mind.”

The well known multi-coloured hei tiki symbol was launched in 2016 when the commission rebranded its language revitalisation activities.

The pins indicate the wearer is a learner - whether advanced or beginner level -  who is  willing to try, to the best of their ability, to speak te reo.

New Zealanders are getting better at speaking te reo Māori and are more supportive of its use in day-to-day life according to the latest data from the 2021 General Social Survey (GSS) released last month.

“We know more New Zealanders than ever are supporting te reo Māori and this is a way we can encourage people to use te reo more regularly and build each other’s confidence,” said Māori Language Commissioner Rawinia Higgins.

“This is a real way we can support learners to engage more freely and comfortably even if it is just to say Kia ora: we are normalising our language.”

This year marks 35-years since te reo became an official language and 50-years since the Māori language petition was presented to parliament.

Where does the Kia kaha te reo Māori symbol come from?

A contemporary interpretation of the heitiki, it was released five years ago when the commission rebranded Māori Language Week.

What does it mean?

It represents strength, leadership, nurture and pride within our nation (Aotearoatanga).

The tongue represents the five elements of language revitalisation: status, critical awareness, acquisition, use and corpus.

The colours also recognise the diversity of Māori language learners and highlights that te reo Māori is for everyone.

How can I get one?

The commission has produced a limited number that will be distributed to key stakeholder organisations over the next few weeks including learning institutions.