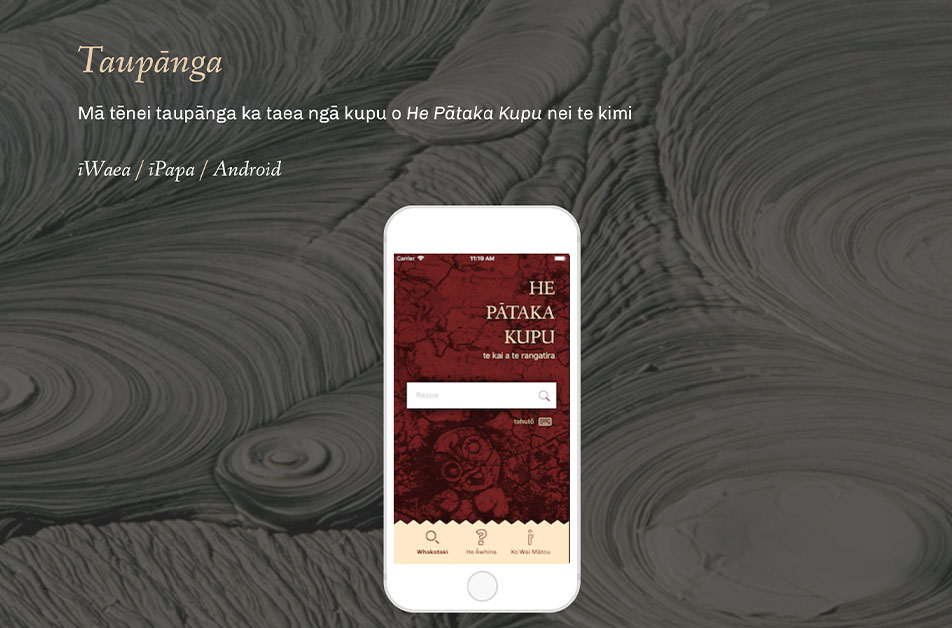 The Māori language dictionary He Pātaka Kupu  is now available as an app for iphones and android phones. A new online interface is also available at hepatakakupu.nz.

He Pataka Kupu was published in 2008 and became the first only monolingual Māori dictionary. All others have been English-Māori or Māori English.

The acting Chief Executive of The Māori Language Commission Tuehu Harris says that as people advance in learning a language other than their original language, it is important to increasingly use the second language, without reference to the first.

There are very few indigenous languages that are being revitalised with the advantages that a monolingual dictionary provides. Te reo Māori speakers and learners are fortunate to have this resource available, now in new online formats.

Definitions in te reo Māori are accompanied by examples from published sources. The examples give an indication of the correct use of the word. Synonyms are easy to compare through the links provided in the app.

This allows each word to immediately be seen in its original Māori cultural context, a very different experience from having to consider a Māori word first in relation to its English approximation.

The dictionary contains only words in current use, used in their modern sense. Some borrowings from other languages have not been included where there is an easily available Māori alternative, but some were included such as ‘mīere’, honey, from French and the final word in the dictionary ‘whutupōro’ from English ‘football’.

The print edition continues to be popular as the number of people using and studying Māori at advanced levels increases.