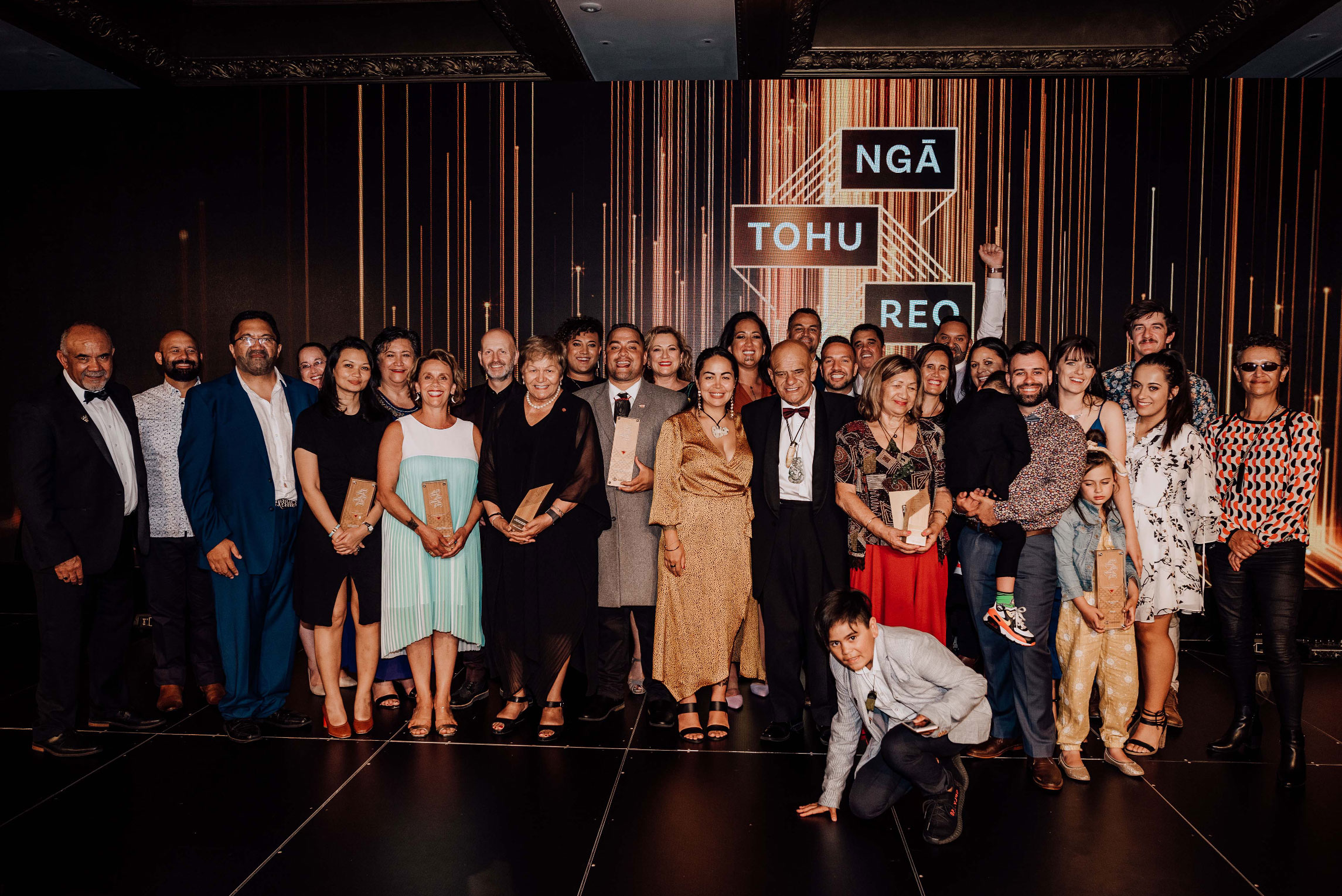 A couple who have dedicated their lives to the revitalisation of the Māori language and a music icon whose actions led to New Zealanders now singing the national anthem in te reo and English received top honours at the 16th Ngā Tohu Reo Māori, National Māori Language Awards in Auckland last night.

Hinewehi Mohi’s ‘Waiata Anthems’ album – marking 20-years since the musician’s historic singing of the national anthem in Māori before an All Black test match – won the 2019 Supreme Award.

“Their achievements are precious, brilliant and need to be constantly polished so that all of us can learn by their incredible examples of leadership and service to our people. They honour us with their foresight and leadership.”

This year more than 150 te reo initiatives from a wide range of communities and sectors  nominated, more than ever before.

“As a couple and each in their own right, Rahera and Waihoroi Shortland’s Māori language revitalisation work will impact on generations of New Zealanders. They have served our communities in classrooms and boardrooms, from the big screen to the kapa haka stage: their legacy is one of service and mana,” said Professor Higgins.

“Hinewehi Mohi’s decision to sing the anthem in Māori now means New Zealand’s national anthem is sung in te reo as well as English: from All Black tests to schools, to town halls, to parliament. This wahine toa songstress helped change Aotearoa.”

Professor Higgins says that in the future we will look back on the road to revitalisation and see that day as the time Māori language broke through to become a key marker of our national identity.

“This is reflected in the Waiata Anthems concept: singers of all backgrounds transforming their own songs into te reo Māori”.

“As the International Year of Indigenous Languages draws to a close, more people are seeing te reo Māori as part of their identity as Kiwis. We had thousands march with us during Māori Language Week, and millions more engage online. This year we had more entries for our Ngā Tohu Māori Awards than ever before.”

“We are stronger together and we pay tribute to New Zealanders who are helping to keep our indigenous language strong, alive and ready for the 21st century.”